Driver blogger February 10, 2018 Last Updated 2018-11-08T04:25:48Z
Prayers are generally intended as a plea to God. Every muslim should be able to pray with the belief that such prayers will be granted by God the most gracious again Most Compassionate. A variety of opportunities in everyday life has a special prayer. Application of prayer of remembrance that was released by & Asyatech Solutions from Malaysia containing a collection of prayer is expected to help the Muslims in prayer.

The main features of the application this Remembrance Prayer & is a collection of prayers for various situations. A collection of the prayers presented in several sections to facilitate user searches for a particular prayer according their needs. 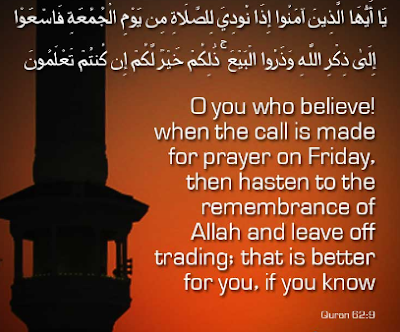 The first part is the practice of Daily Prayer. In this category there are among other Prayers before and after meals, Prayers Before Sleep, and wake up the Prayer, the prayer of Vehicles entering and exiting the mosque, and others. Not only the daily practice, a wide range of opportunities such as give and answer any hail requires a special prayer, contained in the Common Greeting. Also included in it is a Greeting When Sneezing, death and Disaster, Forgiveness, to pray for the plans to come. Related to 30ru and worship any time there is a corresponding prayers. Starting from the Prayer after the Prayer, the call to prayer After Ablution, prayers of breaking the fast, Prayer and Benediction to the beginning and end of the year.

In addition to a collection of prayers, Prayer applications this Remembrance & comes with a variety of useful readings such as Yasin, Tahlil, Asma al Husna Readings, and so on. Not to miss, there are also verses that can be used for reciting the texts or invoke the protection from spirits among others be reading Al-fatiha and Al-Baqarah.

Every prayer that is listed in this application have the inscription in Arabic, accompanied by its meaning. In addition there are also audio that you can listen to. Specifically for reciting the readings, the available audio files can be played repeatedly or loop in order to keep you listen to uninterrupted.

Released by Developer origin Malaysia, every menu and the settings in the application to use the Malay language. Although some parts sound familiar to us in Indonesia, yet still understandable.
In the end, this kind of application is just a supporter. That would raise prayers in it is you.